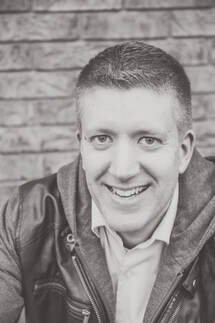 His first instrument was piano. Nate began taking private lessons at the age of 8. As a young teen, Nate participated in youth choirs including the “Eastman Bach Children’s Chorus” and various productions for church events.  Regularly leading youth worship services by age 14, Nate developed a passion to use his music for the glory of God. Expanding his piano studies into high school, he completed classes in music theory and keyboard skills offered by the Eastman School of Music’s Community Education Division. Upon graduating high school in 1999, Nate was accepted into a ministry internship near Potsdam, NY called “The Timothy Center”. While there, he attended classes in church history, biblical studies, preaching and worship ministry. Nate traveled both domestically and internationally with “Isaiah 6 Ministries” as their keyboardist and backing vocalist. After contributing musically on many of their albums, he began to write his own music, some of which was included on their live worship albums. Nate began studying the guitar during his time with Isaiah 6. His journey of learning to play the guitar was a mixture of being self-taught and working with various instructors through the years. After completing the internship, Nate moved back to the Rochester area, serving in several local churches as a worship leader in the years following. Nate currently serves on staff as an elder and worship pastor at GraceLife Church in Avon, NY.

Nate's teaching career began in late 2005 at a music and arts training center called Impact Performing Arts. The performing arts program was directed by Cynthia Ford who’s been in the field for 25+ years. The program was educational and outreach based for those involved. His role as the music director included responsibilities such as teaching private lessons in guitar and keyboard, composing and arranging music for drama productions, plays and musical theatre, directing music ensembles such as kids choruses and worship bands and co-writing music for theatre productions and classes. Impact Performing Arts worked with several churches locally and regionally. Participating in several missions trips during his time with the program, Nate  taught for Impact until early 2010. Later that same year, he began teaching on his own and has continued doing so until the present.